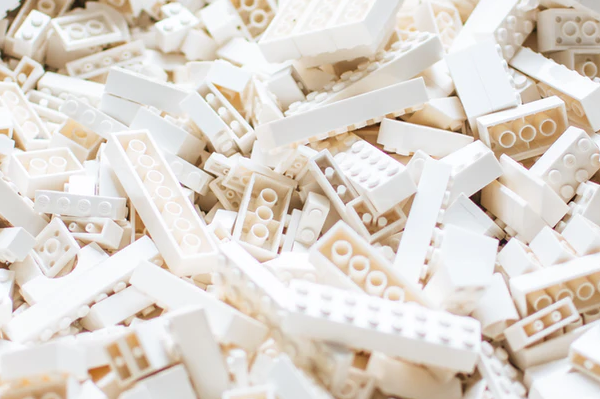 Aristotle is credited as the first to say, “The whole is greater than the sum of its parts.” In other words, if you have the ingredients you’d use to bake a pie in a pile, it isn’t as meaningful as having the baked pie itself. The value of the final product isn’t just about gathering the raw materials; knowing how to properly mix the ingredients in the correct order with the right timing and presentation are all part of the recipe too. But as examples go, baking a pie might seem a bit simplistic. Imagine instead the thousands of parts and components that go into building a car. How difficult would it be to put them all together to form something that actually drives down the road? How about all the parts to build an airplane that actually soar above the clouds? Or all the components to build an aircraft carrier that can sail the seven seas instead of sinking to the bottom? The pie is probably sounding a lot easier now. But what if you were attempting to make a lot of pies — enough to stock every supermarket from San Diego to the tip of Maine? How do you manage that kind of load? One strategy extracts more value from the parts that make up the whole: production line modularity.

To be clear, the whole is still greater than the sum of the parts on the production line, but if a manufacturer can gain greater control of those parts, great power can be extracted. Modularity, in its essence, is the subdivision of a system into smaller parts. Each of those parts is called a module. Each module can be modified, replaced, or exchanged with other modules to make changes, even improvements, to the system it serves.

Now think of a mechanical watch. Every gear, spring, and wheel serves an extremely precise purpose that ensures time is kept accurately, not a nanosecond off. Change just one sprocket and not only would you have to pause time (or just the watch), but the slightest component change would alter the whole — seconds could take a fraction longer to tic, eventually knocking minutes, hours, and days off kilter. A mechanical watch is not a modular design.

Now if we extrapolate these simple concepts to the manufacturing process, we can begin to see the benefit of production line modularity. Rather than leaning on production lines that are made up of individual production cells, each with a specific function — distribution, testing, processing, handling, assembly, and storage — modular production breaks down these cells into separately functioning modules. Modular production lines allow for more flexibility. Instead of knocking the entire system out of whack to make a minute change, modularity allows manufacturers to add, remove, or change hardware from the production line with very little interruption.

But how do manufacturers use modularity to their advantage?

With 41 percent of food manufacturers expecting to increase production by adding lines or plants, and IBISWorld’s business sentiment index increasing 5.7 percent, the need to optimize processes exists. Food safety and cost control are the top two most important issues cited by manufacturers — friction points that modularity can help smooth.

Modularization allows production hardware in the plant to be built into a specific order. Operating hours could then be split into different batches for different products without requiring wholesale change. Perhaps you pump out apple pies during the day shift, and by swapping out a module or two, you can easily switch to peach pies for the night shift.

Testing is also streamlined. Modular production lines can be tweaked and tested quickly and easily without exhausting the capacity of the entire production line. A smaller version of the line can be used to model what production could look like at scale. Test batches can be run to determine a more accurate time-to-market estimation.

Modularity really opens up a world of possibilities.

If modularity sounds appealing, ThinkIQ may be right up your alley. Our fact-based granular and data-centric contextualized view of material flows and related provenance attribute data is achieved by tapping into existing infrastructure (such as IIoT, in the industrial internet of things) across supply chains, smart manufacturing processes, and beyond.

If you’re ready to unlock the powers of Industry 4.0 smart manufacturing and modular production lines, the best place to start by talking to one of our experts today. We also have a new selection guide eBook to help you better understand the questions you should be asking. Download your copy today.